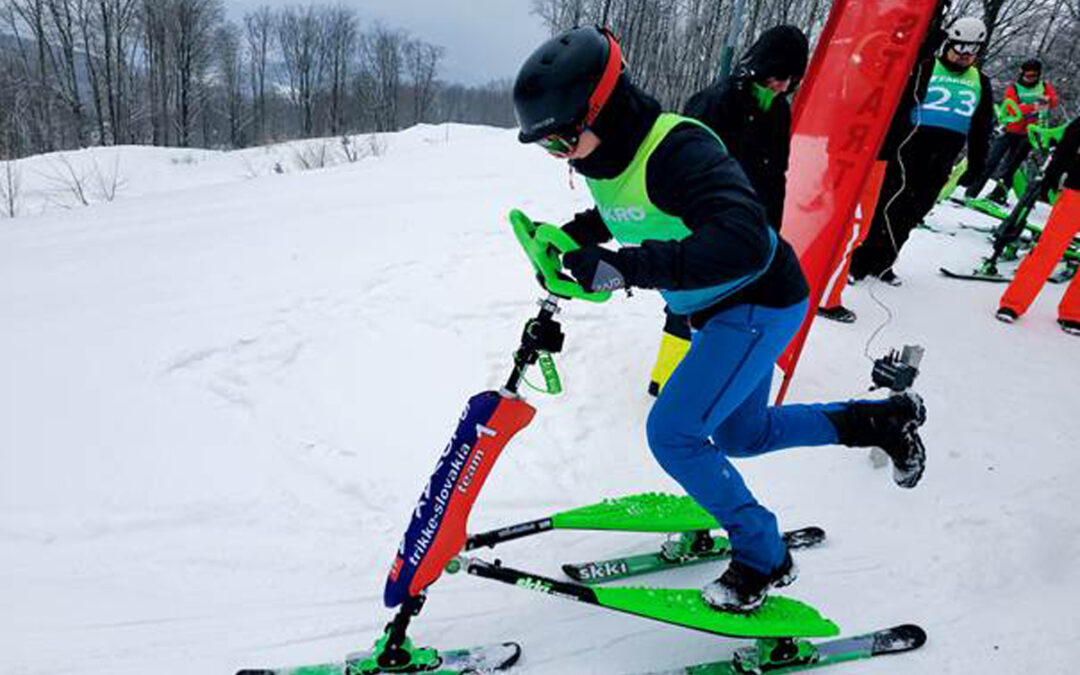 “Most popular” event called “best yet” after pause for the pandemic.

All over the world, sports are back, including in Poland, site of this year’s Tenth International Trikke Skki Polish Championships, sponsored by FARKO. Like most forms of entertainment, and recreation, the event was put on hold during the onset of the coronavirus pandemic. But passions never die, so it is said, and the passion for the Trikke Skki and the premier Trikke Skki event live on. Its organizers bill it as the most popular gathering of its kind and judging by the photos and videos posted on social media, it’s easy to imagine the adrenaline rush that inspires that passion.

The Trikke Skki is Trikke Tech’s three-wheel carving vehicle designed for the slopes. It’s been swooshing down mountainsides since 2005, and seemingly since the start, Poland has become a virtual hotbed of Trikke Skki action.

The catalyst is Thomasz Dziedzic, owner of Trikke Poland and Trikke’s international distributor in Europe. In addition to being responsible for the Skki’s development in Europe, Dziedzic has been and continues to be involved in designing the Skki. Recently the Polish native spoke about the Skki, his love for it, the event he created, and why it’s still kicking, even after challenges, including the pandemic.

Question: Can you tell us about the Trikke Skki Championships?
Thomasz Dziedzic: In March we had the 10th International Polish FAKRO Championships (our titular sponsor) and also the 3rd edition of the Skki Trikke Cup 2021/22 of the Slovak Ski Association. The event consisted of two competitions during the three-day Skki Trikke event.

The first two days took place in Muszyna, Poland, where the 2.3 km Skki track had 30 turns — a great, extremely fast, and exciting place. For the Trikke Skki EXTREEM Cross, 35 competitors had four runs each, and times were converted into points (the best time was 35 points, the worst 1 point). The winners were the competitors who had the most points out of all four races.

Day three took place in Krynica, Słotwiny, Poland, where we held a great 4CROSS competition. There were two classifications: men and women, and four gates for four players starting simultaneously. It was a perfect competition, not a fast one, just fun, cool shoulder-to-shoulder rides.

Q: Can you describe the Trikke Skki scene in Poland? What about the challenges you’ve faced with the pandemic and recent world events?
Dziedzic: Everyone who’s tried to ride a Skki Trikke is incredibly happy and chooses the Skki as their main form of skiing. They’ve heard about our competition and want to be here with us, but in the last two years, covid has made things a lot harder. And this year, during the competition, right next to Poland, the Russian invasion of Ukraine began, which did not make it easy for us. But I still think this year was probably one of the best editions of our championship.

Q: The Skki has also faced challenges being accepted at some ski resorts. How do you deal with that?
Dziedzic: The owners of some resorts forbid it because they do not know our sport and do not understand it. But those who have actually tried the Skki always let us ride and are satisfied with the customers who ride the Skki. That’s because they realize our sport is amazingly safe and fun on the slope.

Q: What do you like best about the Skki?
Dziedzic: The Trikke Skki is the safest and easiest winter sport. It’s better than two traditional skis, but people don’t believe it because the idea of two skis is very embedded in their heads. However, the great advantage of the Skki is that if someone tries to ride, one ride is enough and he is in love with our sport.

Most users like the ease of speed and direction control, as well as the comfort (ordinary, comfortable shoes) and no pain in the muscles of the feet and legs. It’s an ideal sport and the only one for people who’ve previously had ski injuries.

Q: What does the Skki’s immediate future look like?
Dziedzic: There is a chance for the development of Skki in Europe, but we still have a long way to go. We want the Skki to be more popular outside of Poland and Slovakia, especially in the Alpine countries (Austria, Italy, France, Switzerland). Soon I’ll be traveling to Austria for an event and to promote the Skki there. The Trikke Skki is the best skiing and the best winter sport. We want it to be accessible to everyone.