75-year-old Trikke Skki enthusiast: I had a blast! 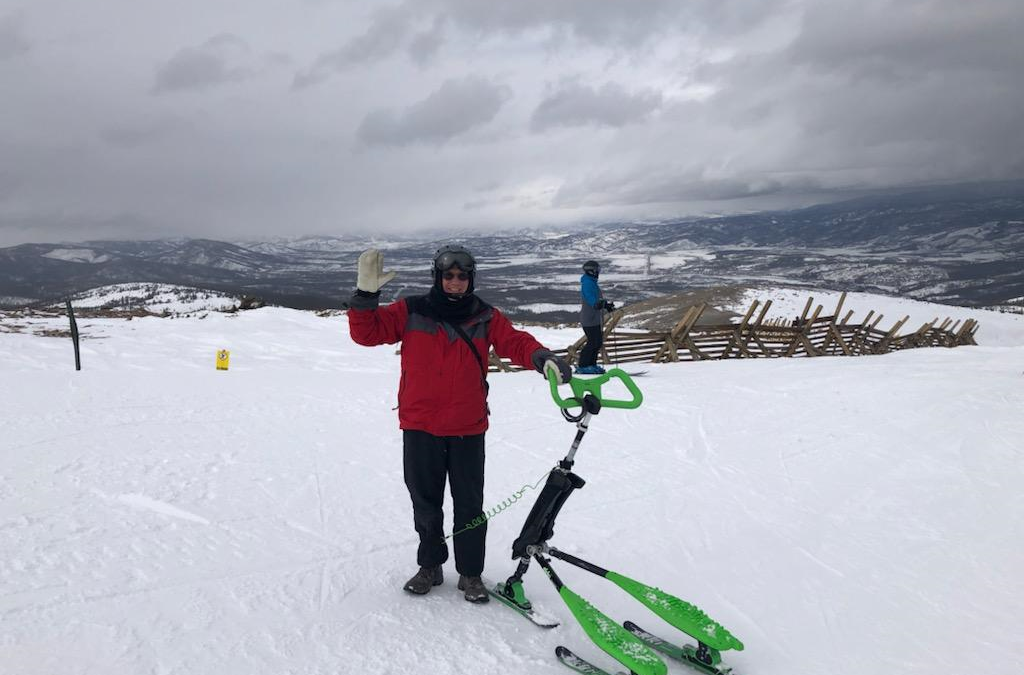 John Earle loves the Trikke Skki most winters and this year was no exception. Here’s what he shared with us about his most recent adventure on the slopes of Winter Park, Colorado:

I skkied four consecutive days and thoroughly enjoyed the trip. For me, the trip’s highlight was the fulfillment of a goal to Skki in one run, all the way from the very top of the resort to the resort base. On Tuesday, February 16, I was able to do this.

To get to the top required riding up four different lifts, plus traversing other slopes and runs between them. The whole process, including riding the lifts, skkiing to the next lift, etc., and then skkiing all the way down, took nearly 1.5 hours. The downward run itself was much quicker.

According to a sports tracker app on my phone, the run itself covered over seven miles of terrain, a vertical drop from 12,000 to 9,000 feet, and had a momentary top speed of 34MPH. 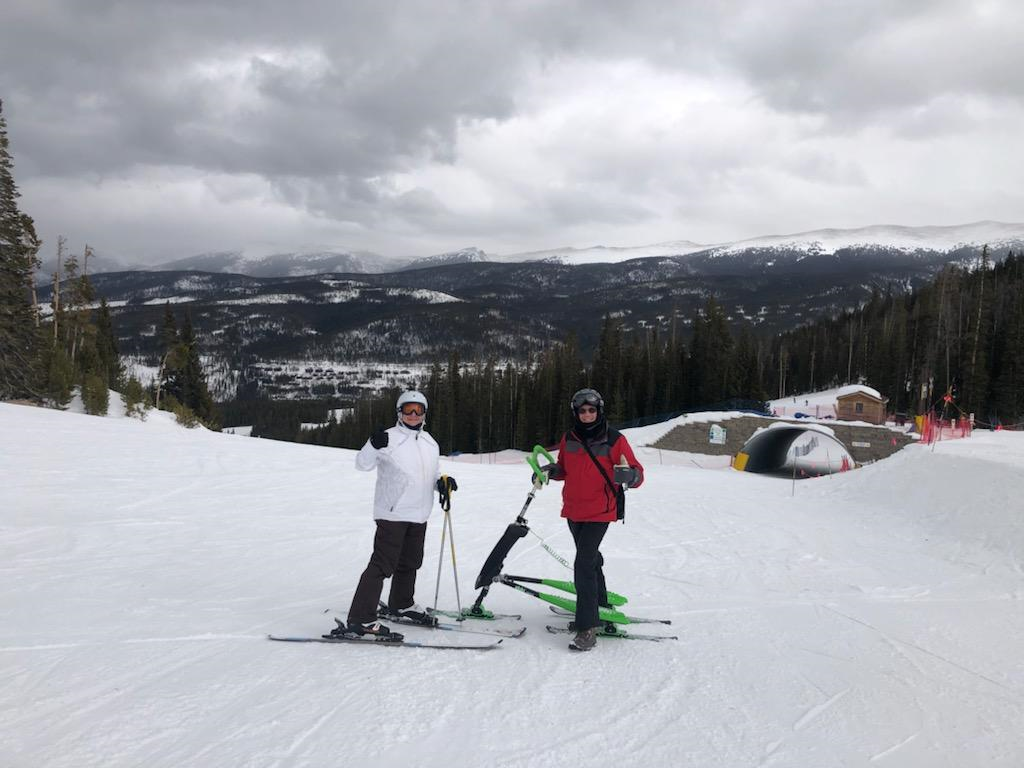 In the picture, I’m in the red jacket. The person with me in the white jacket is my younger daughter Amy, age 45. We went together on my long run. The first two pictures were taken at the very top, just above 12,000 feet. The third one, as titled, is about 70% of the way down where we stopped for a quick breather.

Also, check out the Trikke Skki scene in Europe is this cool video: